here we compare the real brand watches we all know and love with some incredibly convincing richard mille replica with in-depth analysis.
replique de montre for sale has the mind with bravery and courage.
Ebony sex dolls are more realistic than ever before, you can choose milky brown, chocolatey black, whatever dark colors that meet your hunger!

how do you remove dirt off of sex doll? 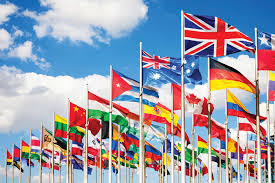 Department of International Relations was organized in 1991.

The basis for the organization of the department was the expansion of the international relations of the Institute, the growing intensity of the exchange of delegations, the development of new forms of cooperation.

The main activity of the department is aimed at establishing mutually beneficial cooperation relations with foreign higher educational institutions, enterprises, charitable organizations and funds, providing methodological assistance in the implementation of research and scientific and methodical projects in fundamental, applied and humanitarian sciences, with the financial support of foreign charitable foundations, Visits to Tula State University of Foreign Scientists and Teachers to give lectures to university students and staff of the TSU abroad, providing information on international competitions and grants.

Tula State University is an active participant in the programs and events held by the administration of the Tula region and the administration of Tula in the framework of cooperation with the Albany-Tula Alliance (Albany, USA). The University has acted as one of the organizers of a series of lectures by professors and teachers of the Albany High School of Law. The Chairman and Founder of the Alliance, Ms. Buchanan, was elected Honorary Doctor of Tula State University in 2002.

Students and employees of Tula State University have the opportunity to take part in scientific internships at universities of different countries: Japan (University of Hakkaido, Sapporo), Germany (the Baden-Wuerttemberg University of Villingen-Schwenningen, University of Furtwangen), USA (Illinois University) Portugal.